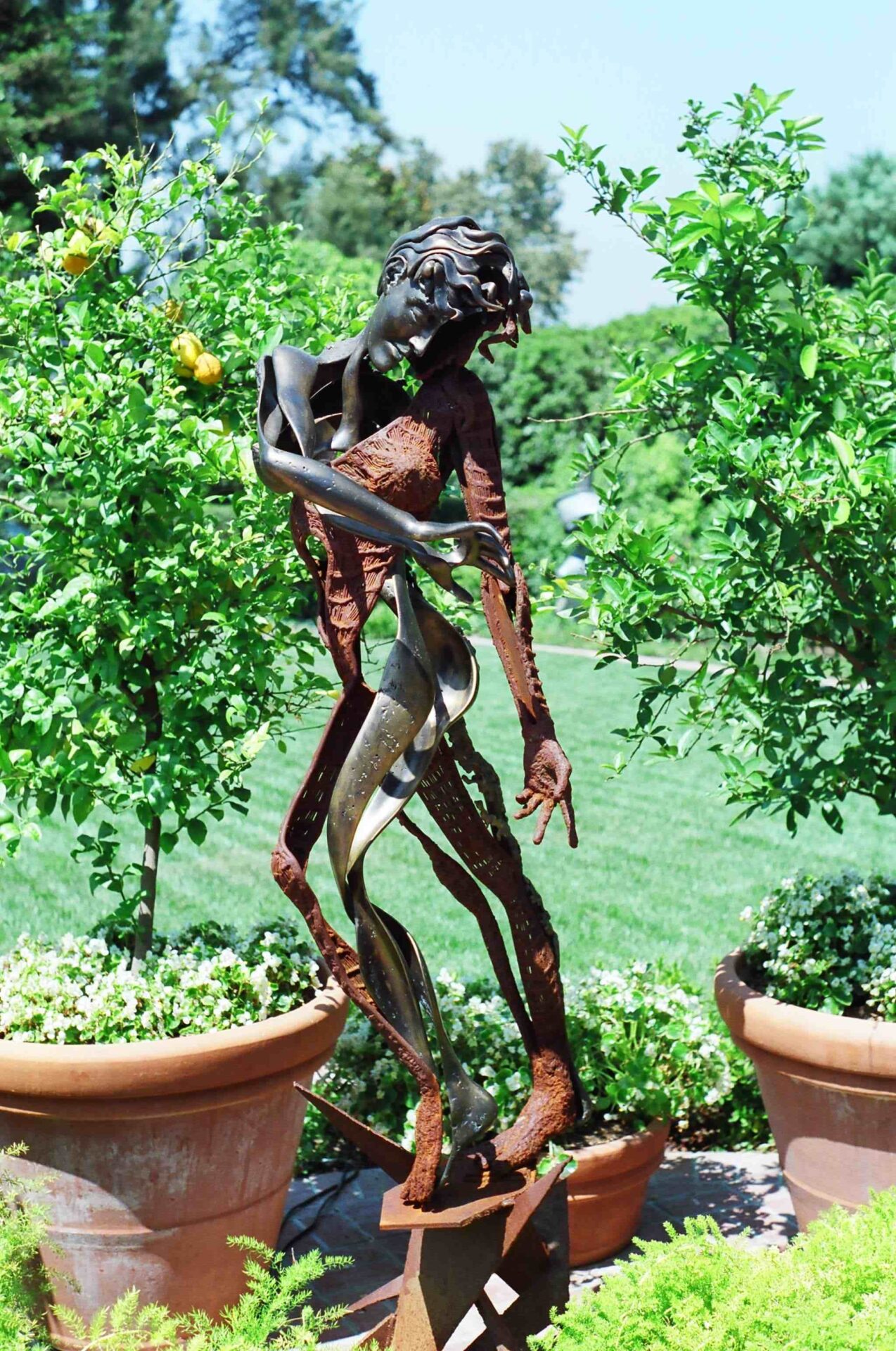 Opening: Raised in a household with artistic strength, Jermyn developed drawing and painting skills from an early age. At the age of seventeen, he experienced a pivotal change in his life when he discovered sculpture. Coming of age in 1973 and growing up in Southern California, the times were right for blossoming creativity. By simply picking up his father’s oxygen acetylene torch, he began creating small projects, and what opened was an amazing world. There was an immediate attraction to figurative work and the human form. Through the subject of the figure and working directly in metal, a unique approach and energy began to emerge. Projects quickly grew in scale and complexity until the age of twenty, when Ron engaged in his first major project. Choosing to create a human figure of monumental scale, the project was launched. At the core of this project was an unusually strong energy in terms of subject and an evolving technique. The work was a construction process in metal; as the form developed and unfolded, the project took on a number of dimensions. The work is titled “The Dancer,” the project spawned Jermyn’s unique technique. His aesthetic evolved forward from this project and is reflected throughout all of his current work.
The human figure remained the primary subject throughout the early years. The technique continued to progress, working directly in metal through welding, forging, and finishing. This time period produced a series of one-of-a-kind works varying in scale from small works to monumental. Thematically these figures centered the expression of the human spirit through line, texture, and reaching gestural posing.

A pivotal transition in form occurred, moving from figurative sculpture to abstract in the early 1990s. This shift was stimulated by a number of very graphic dreams which were set at the edge of the ocean. As I walked on the beach, the waves crashed at my feet, rising very high and falling with amazing force, Jermyn explains. This experience created an opening in consciousness in which the theme of natural, primary, and elemental forces became central. Ron defined these forces as earth, wind, fire, water, and ether. This series is titled “Elemental,” centered on every moving and transitional force which makes up the world we inhabit. Water in the form of waves and the motion of fluid energy has been the focus of much of the earlier works in the series. Jermyn envisions the “Elemental” series as his seminal effort and continues to unfold the work as a great adventure.